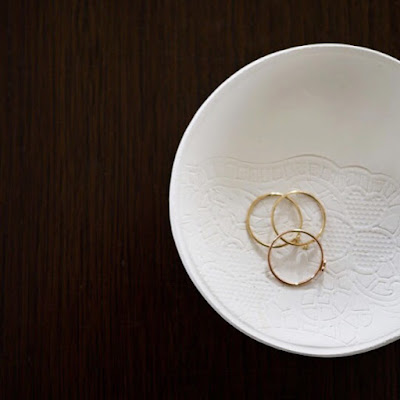 For much of my adult life, people have called me a Minimalist. I tend to live in smaller spaces, have sparse household furnishings (not to be confused with stark or cold), and own a wisp of clothing (by many women's standards). No matter how little stuff I think I have, it always still feels like too much.

My conversion to minimalism began very intentionally. I embarked on the exorcising of too many possessions when, in my early adult days, I once moved four times in a year. It is truly an amazing phenomenon the way belongings get hoarded in the backs of closets, underneath beds, and stacked against walls. Suffice it to say, I could fill more forty gallon hefty bags in a weekend of vacating a dwelling than in six months of taking out the garbage, and was well liked at donation centers.
There is a saying most of us are familiar with -- out with the old, in with the new. It is infinitely popular on occasions where we've been forced to let go of something and it wasn't by choice.
Examined on a deeper, metaphysical level, what this phrase is really saying is get rid of the old and make room for the new, because nothing new will ever come until you've cleared space for it.
Minimalism took the concept a step further. And so was born the motto of minimalism -- get rid of the old, make room for the new, but don't even think about cluttering the cleared space with a bunch of new stuff.
Lightening your load can be incredibly liberating. It's so refreshing, in fact, it might even incite a trigger effect, and you could next find yourself hunting for smaller digs and even compacting your vehicle. Scaling back on income might even follow since you're freer from the overhead pressure of those material attachments.
And so you might find yourself, enjoying the benefits of having more time, relishing the freedom of not being harnessed to too many belongings or expenses… when something happens. While you continue to have no desire to buy things just to buy things, and there's nothing in particular you need to buy, you can't help but notice that if you did want or need to buy something -- you've made it a little more difficult. Are you still a Minimalist by choice? Or can you not afford not to be one.
When I became engaged many moons ago, this is what I opted for -- a micro thin band with a few tiny diamonds scattered on it. Tres minimal. (And tres before the whole dainty, micro stacking ring trend took off that made it an approved style.)

I remember when my future mother-in-law first saw my ring, she was concerned. First, because she thought the piece that looked more like a wedding band meant we secretly got married without inviting her. Second, because she decided we couldn't afford a "real" diamond engagement ring. Her reaction was right in line with a host of other remarks I had been fending off including "Oh, what a cute little ring. I'm sure you can get a bigger one down the road."
Bigger has never defined better more than when it comes to fine jewelry. Still, it is no competition to just plain more, which has long held the reigning title in almost every area of consumerism.
The day after that soon-to-be ma-in-law visit, I did take stock of my sparsely furnished home and the hardly-anything-new in my closet, and began to question if my less is more approach was still by choice. I was interrupted by the phone ringing. It was her, calling to apologize for her reaction to my ring. She told me instead how absolutely beautiful she thought it was, adding, "I completely forgot. You're Minimalists!"

And that's when I knew. Regardless of whatever my financial situation happens to be, my life will likely look somewhat the same. While an outsider may not always be able to decipher the difference between minimalistic choice, difficult times, or trendiness, I can. I'm a true Minimalist.

At least until I decide to go buy a bunch of new stuff.
Posted by The-Pastry at November 17, 2020

Older Post Home
Subscribe to: Post Comments (Atom)
Welcome to The-Pastry… inspired by keeping life simple + timeless style. I'm a writer + designer, with a background in comedy television. Currently beach town living with my husband and kids... ever a city girl at heart.