In The Kitchen -- Cheese Plates 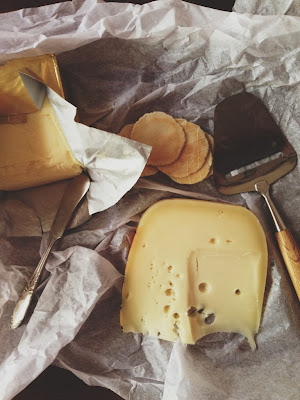 If you're ever at my home, one of the things you will surely find on the table is a cheese plate. It's simply my favorite thing to have out for company to nibble on. Truthfully, it might as well be my house soundtrack as I could easily have one of these playing in the background each day, with or without company.


My signature cheese plate (do you think someone came up with the word signature as a way to spin -- really? that same dish of yours? again?)... either way, I'm a creature of habit when it comes to food, so I've been doing it the same way for years. (It should be noted that the one time I did not put out my signature cheese plate when people were over, I heard "Why no cheese plate?" the entire night.) I do make minor modifications but, basically, I stick with a plate that's unintimidating and satisfying: 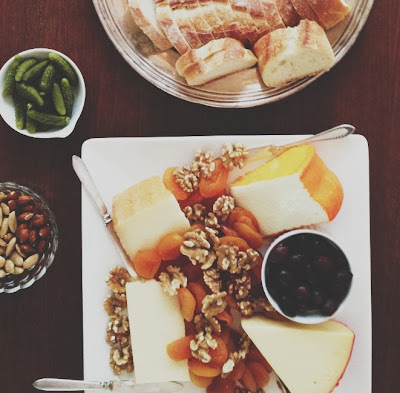 Three, four, or five kinds of cheese (usually five). I'd tell you which types but for me, it hardly matters -- I love them all! You can get as intricate or layman as you like, just be sure to vary the textures and sharpness -- something soft and silky, something aged and hard, something in between. Connoisseurs might go so far as to have you position your cheeses in a certain order, but the only steadfast rule I follow is to bring the cheese to room temperature before serving -- utterly crucial. (I actually figured that one out by chance when I found myself nibbling cheese one night after all the guests were gone and realized it was better all the hours later!) 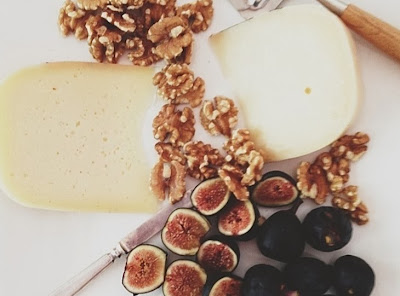 My accompaniments are almost always dried apricots, walnuts, and little ramekins of olives and cornichons. Sometimes I add fresh berries, figs, or really crisp grapes. And I always serve with french bread. Pretty vintage silver knives and a nice plate, tray, or cutting board make everything taste better, and you can bring out a separate platter or basket for the bread if needed. 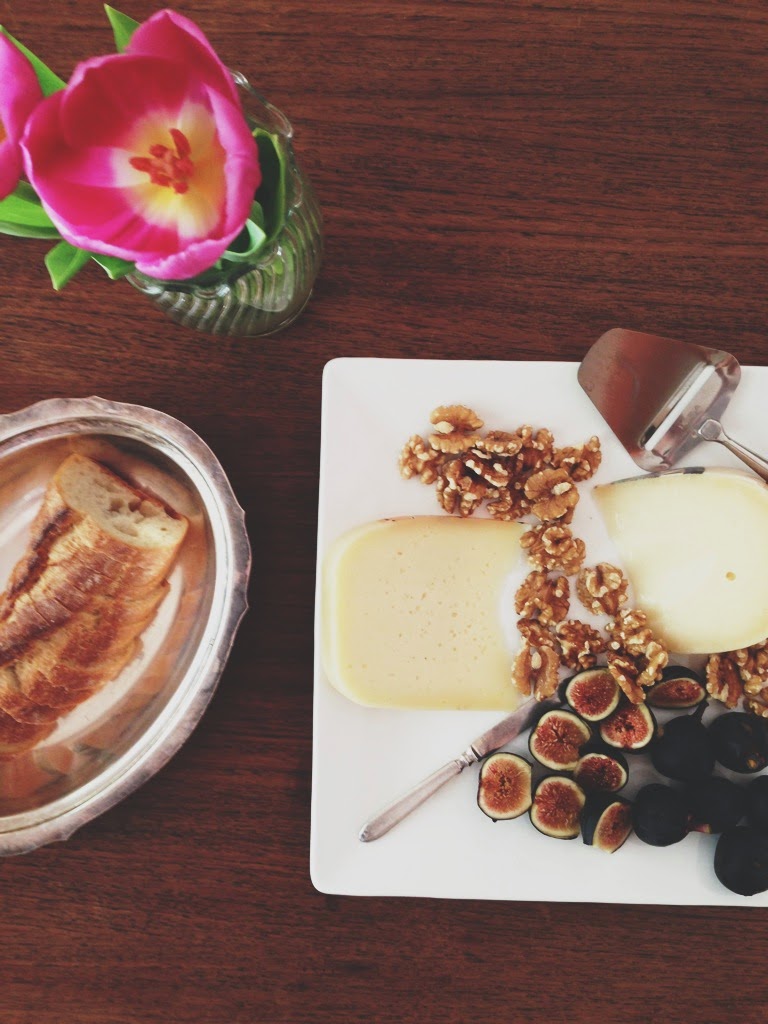 In lieu of or in addition to this offering, a few years ago I also added in this cheese plate goodness: A goat cheese log, lathered in fig jam, served with a really textured/subtlely seasoned (such as rosemary/raisin) cracker. Completely divine, and takes probably three minutes to assemble. (I picked this one up from a former restaurant owner at a party years ago, and it's been on my playlist ever since.) 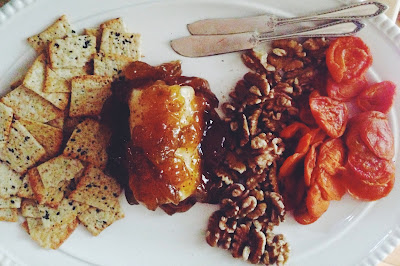 Always nice to throw a little sweetness on the table, too... 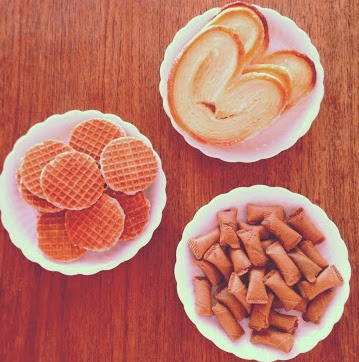