In The Kitchen -- The Bomb Eggplant Pasta 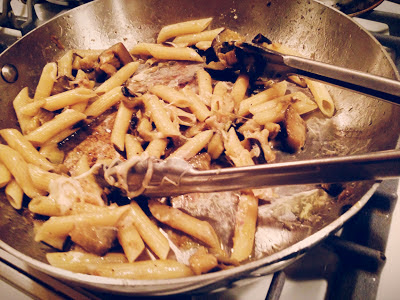 Every house has its specialties, and this is one at ours -- Eggplant Pasta. Believe me when I tell you that this dish is-the-bomb.

I absorbed the basics of this recipe by catching a sweet, older, Sicilian mama in the midst of making lunch for everyone at a post-production office one day when she was visiting. It wasn't until years later that I recalled parts/conjured up the rest, and decided to give it a whirl myself.

Cube the eggplant (I like to slice into discs then stack 'em up and cube from there) and put in a large, oil coated pan. Drizzle well with olive oil (adding more as it absorbs) and season with salt + pepper. Saute until very soft, scraping the bottom and stirring occasionally. It takes slightly longer for the eggplant to cook than it does to boil the water and prepare the pasta, so give it about a ten to fifteen minute head start.

When the penne is ready, add it into the pan with the eggplant. (You can drizzle in a little more olive oil if needed.) Keep some low heat going and throw in the Mozzarella cheese, tossing it a few times as it melts.

Finally, mix in the grated Parmesan, let everything soak in its glory for a couple of minutes, and serve. 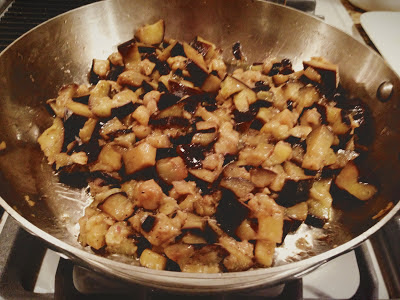 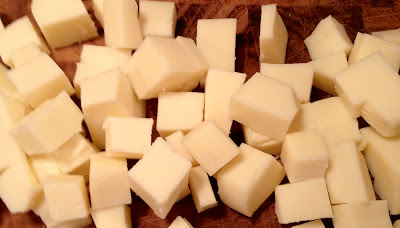 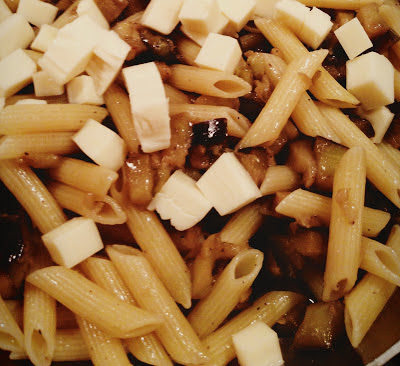 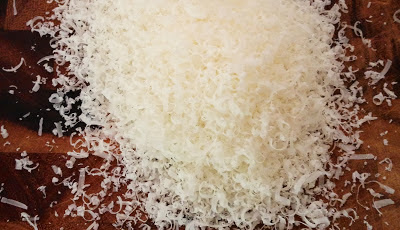 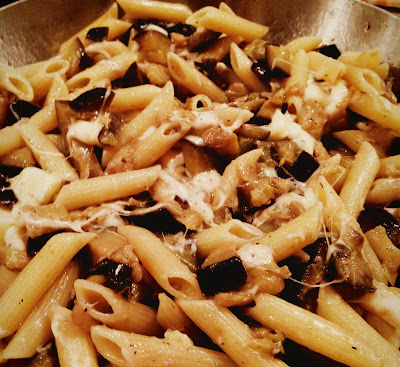 (A note: The lovely Italian woman's version was shockingly salty, too much so for my taste, but it might be a regional preference. Also, she doubled up on Parmesan by way of the green canister (!). Just mentioning in case you'd like to go either of those routes!)

Hope you like it as much as our house does!
Posted by The-Pastry at February 19, 2013

Email ThisBlogThis!Share to TwitterShare to FacebookShare to Pinterest
Labels: food, Found, In The Kitchen, recipe