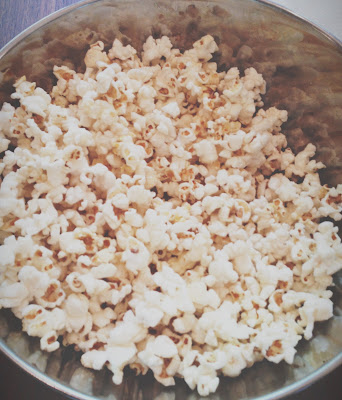 I had left off making popcorn at home sometime around the Jiffy Pop days. I'm not a fan of the microwave (don't own one), not to mention there were those stories about the not-so-healthy aspects of microwave popcorn anyhow.

It was only in the last six months or so that I began making it regularly at home trying other methods, but it was always a bit of an undertaking. For stove-top, it starts with committing to a pan that you're willing to ruin (popping stove-top sears it into oblivion each time), and ends with far too much effort at the stove, wiggling things to and fro 'til the last pop. Plus there's the cleanup.

Luckily, I recently stumbled onto gem-ness, and haven't looked back. A popper that air pops your kernels without oil, and even warms your butter in a little cup while you're popping. The whole deal from prep to finish takes under five minutes. 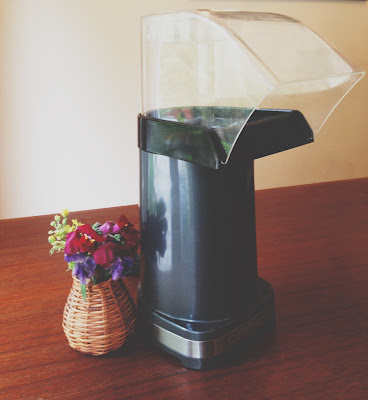 There has been a lot of research lately touting popcorn as higher in antioxidants than many fruits and vegetables, so that's a nice added reason to snack away on it. Movies entirely optional.

(PS -- The container on this Cuisinart Popcorn Maker that I found at Sur La Table is also BPA free so it's food safe. Sealed the deal for me.) 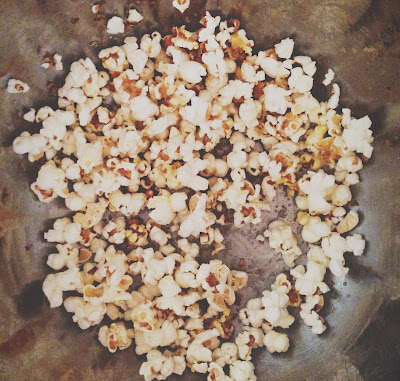 Email ThisBlogThis!Share to TwitterShare to FacebookShare to Pinterest
Labels: cooking, food, Found, In The Kitchen