Musing -- Nature Does Not Come Naturally To Me 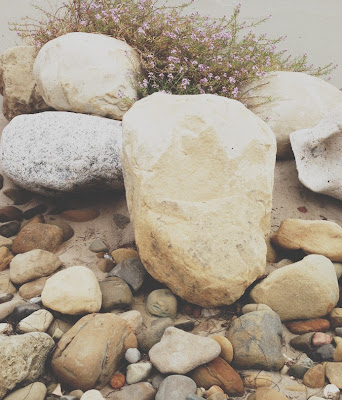 I'm a city person. Some things just are. Rather than finding inspiration and exhileration when my feet hit a sandy beach or the trail of a friendly hike... I'm inspired and exhilerated when my feet hit the pavement. Stick me on the busy streets of a city like Manhattan -- cafes, people, noise -- and I light up like a lightbulb.


I realize that there are people who enjoy both equally... but it is my admission that if given a choice between spending an afternoon sitting in an outdoor cafe in a bustling city, the view being all the passersby, or spending it on a tranquil beach, the blue skies and ocean as my view -- I'd instantly pick the former.

BUT... I reside near the beach. So incredibly lucky, I realize. Truly. It's not something I ever take for granted. It was a conscious choice, and you couldn't drag me from this oasis right now, especially while I'm raising my family. But as I said, and even despite having grown up in Southern California and spending most of my adult life here as well, the outdoorsy lifestyle continues to go against my nature. I don't bike, I don't hike, I don't paddle board, I don't camp. Consequently, I'm quite literally a fish-out-of-water in my seaside town. Plus, I'm allergic to fish.

The first year I lived here, I gave biking a try. Found myself a lovely one, painted it black, and beautified it with the perfect bell and basket. I had visions of gliding each week to the Farmer's Market, perfectly chic scarf wrapped around my head, the return ride home, a basket brimming with fresh flowers and produce. And I even did it a couple times. The whole thing was one baguette shy of fulfilling the ultimate European countryside fantasy. But it was very short lived, and I haven't taken my bike out in over two years. There is rust to prove it.

Recently, I adopted another attempt at acclimating my city inclined self to seaside living, this time engaging in the very popular beach stroll. The shore comes pretty easily to me while on vacation... but the frequency at which life revolves around it on the coast of California, again, does not come naturally to me. But through these walks, I've begun to appreciate it more through different eyes... 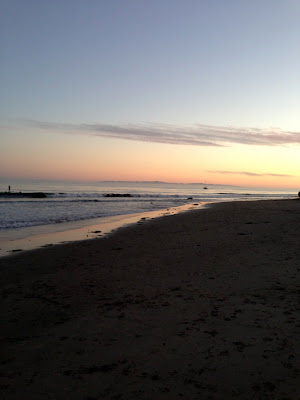 We'll see how this latest attempt at outdoorsy embracement goes, and if it lasts. So far I'm still looking forward to these regular walks taken with the hubby or with the whole fam and dog. As far as hiking is concerned, please don't expect to see anything of the sort from me anytime soon. If ever. That is just entirely too much nature for me to wrap my ballet flats around.

(Might I mention that in addition to residing near the beach, I also live near a creek. And this I easily adore. Sounds very rustic and nature-y but it's actually what I like to refer to as Creek Chic, as it-is-darling (the walking bridge doesn't hurt the cause). Appeals to my senses in the same way that Farm Chic does, and I gaze happily at it daily. Guess there's a little bit of country in this city girl after all...)