Valentine's Day Repost // Once Upon-A... Nothing 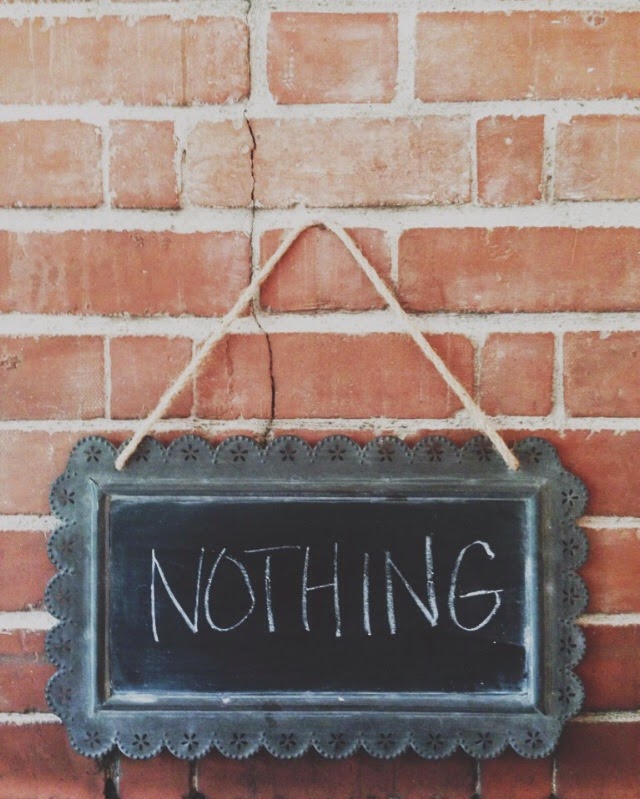 I’m not a big consumer. The list of things I want at any given time is usually pretty small. Very specific -- absolutely. But not grand. And not many. I simply don’t like a lot of stuff.


That lack of overt desire for things may have sent a silent message to my boyfriend many years ago, I’m not sure, but for my first four birthdays in a row with him, he gave me -- nothing. It seemed a little extreme and out of character to me as he falls into the category of nicest guy in the world as opposed to caveman. But nevertheless, even after voicing a tinge of confusion/disappointment a couple of times, year after year continued to bring me the same gift from him – nothing.

Until one particular birthday.

I'd been feeling a little lost. We were living in LA but I was missing the city life of NYC where I had last lived. Also, the inevitable thing that happens when lives begin to blend, was happening. I wasn’t seeing so much of myself in my own life anymore. His life was the more overshadowing of the two. He had certain things very set in place, such as a locale-tied business and already being a father to two lovely daughters, and I was still catching up to a lifestyle and mentality I hadn’t myself arrived at yet.

When my birthday rolled around this particular year, I had no expectations at all. (Isn’t that one of the keys to happiness? To have no/low expectations and be pleasantly surprised when things turn out great?) Well, that morning, I wasn’t thinking much about my birthday when I walked into the living room and saw five gift wrapped boxes, all stacked up and numbered. It was quite a sight. I was told that four of the boxes were for the birthdays I got nothing, and the fifth box was for this one. I was then instructed to open them in order.

They turned out to be all the things that made up my perfect little list at the time of what I'd been wanting. (The audience had been listening.)

This is what was inside the boxes:

Box 1 -- A Classic Trench Coat
Box 2 – A Simple Strand of Pearls
Box 3 -- A Sweet Pearl Pinky Ring (that he’d had custom-made at the jewelry mart downtown using an image from a magazine tear-out he’d swiped off my desk -- bullseye)
Box 4 -- A Round-Trip Ticket to NYC
Box 5 – Empty. Except for a Letter.

This is what the letter in the fifth box said:

And finally,
In this box you get nothing. Nothing but the promise that every day, I will work to make things brighter. Brighter for the moment and brighter for our future.
Nothing but my efforts to give you-you back.
I give you my humanitarianism, my selflessness, with the knowledge that this is an extremely prudent investment.
Nothing but the intangibles, the nuances, the unsaid thoughts of you that fill my days.
Nothing but my devotion, my love, my life.
So, once again, on your birthday, you get nothing.
Love - J

I took that nothing and I married it.

loved this post! A treat to read it again. You got yourself a keeper. xo