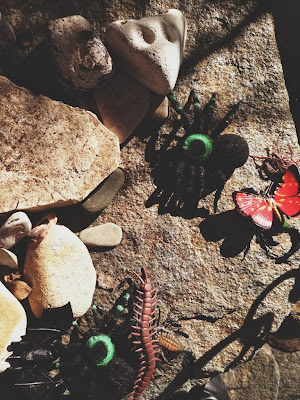 A couple years back, I placed a last minute order for a Halloween costume online for my little girl. What arrived a few days later in an enormous box with a packing slip that said 'Belle princess costume' was a slightly grotesque, plug-in, haunted house.

I called the vendor to report the mix-up and was told that I could either send it back and wait for a new order for the costume (wouldn’t make it in time for Halloween) or else keep the item I received. Both of my kids were monitoring the chat closely and started shrieking “Keep it! Keep it!” So I said fine, great, we’ll keep this haunted house whatever-the-thing-is. The rep went to pull the item up to note the switch -- but even after repeatedly giving him the name of the product and all info right off the box, he couldn't find it anywhere in his system. He told me they didn’t carry it and he had no idea how I could have possibly received it from them.

After I hung up, I did a quick search myself on the vendor’s website, and nothing came up for me either. I went to a couple toy sites thinking it had to be a big seller during Halloween -- but it wasn't on a single one. Finally, I googled it – and still nothing at all came up, not even as something random on eBay. According to the internet, there was no record of this haunted house ever existing.

The next day, I mentioned the mix-up in passing to a friend. After a quick search herself on her phone to no avail, she declared the house really haunted and deemed the whole deal super creepy. Of course, as soon as she said that, I wanted to get rid of it but it was too late – the kids were already using it as a nightlight in their bedroom. So sweet.

When the next Halloween rolled around, out came the decorations again… which now included this scary house. Since I had at some point discovered Google Image search (where you can upload any image and it’ll identify the source for you), I decided to snap a quick photo of it and throw it on to see what might come up.

This is the photo I uploaded of the haunted house: 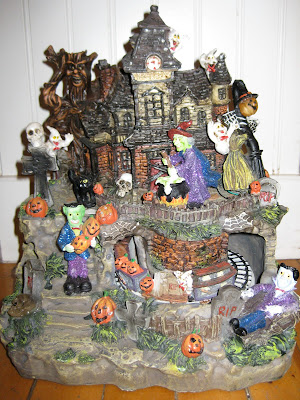 And this is what came back as the closest 'visually similar image':