Daycationing -- Vacation And Staycation Had A Baby 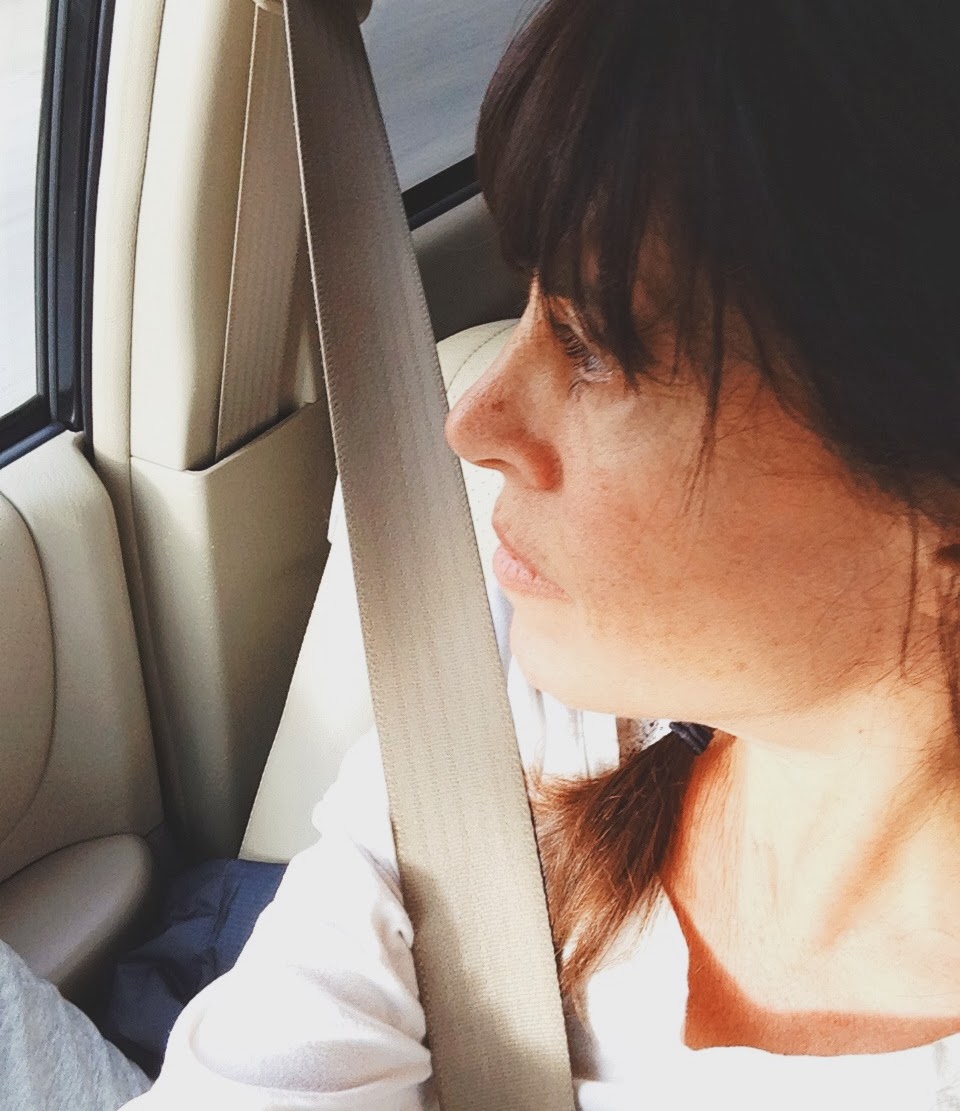 Over the holiday break, with the bulk of festivities behind us and a little time on our hands, we decided that in lieu of going on any major kind of trip, we'd get our vacation-y fix by being daytrippers.


So, what began with all of us joining the hubby for one out-of-town job site visit, spiraled into three day trips in three days. Not quite a vacation -- not quite a staycation. It turned out to be a perfect blend of the two... a series of daycations.

We headed to Los Olivos and checked in on the hubby's design project -- a modern horse ranch on six plus acres of country beauty.

We had lunch in town at the always bustling Sides. I only began eating a little red meat again after a double decade absence, but I can say that the burgers at this place felt worthy of the return. This round, it was open-faced with avocado, jalapenos, tortilla strips, and aoili sauce. 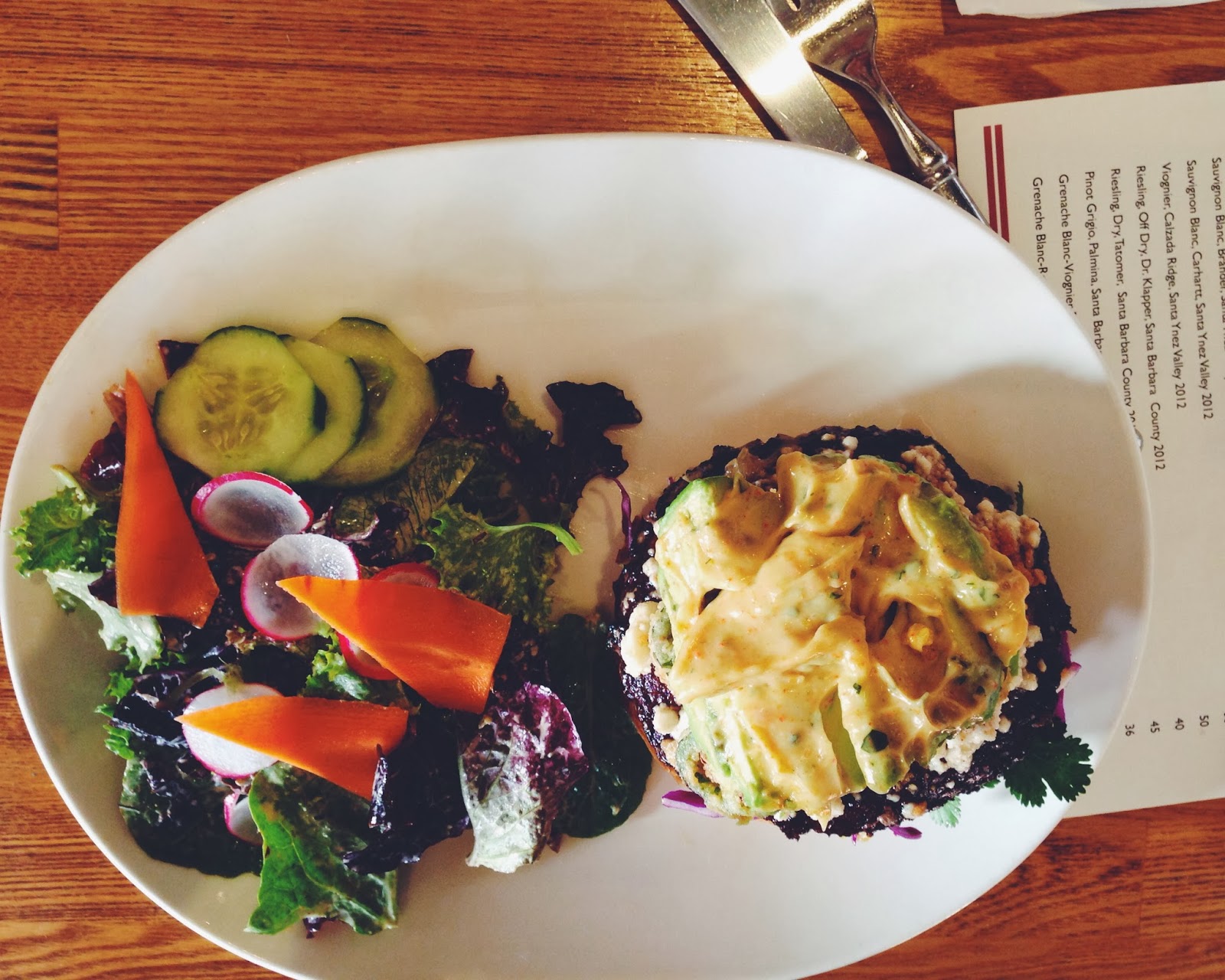 We stopped in at the boutique, Bonita, where I tried on a lovely hat by Lovely Bird. Made it mine, and it graced me the rest of our trips that week. 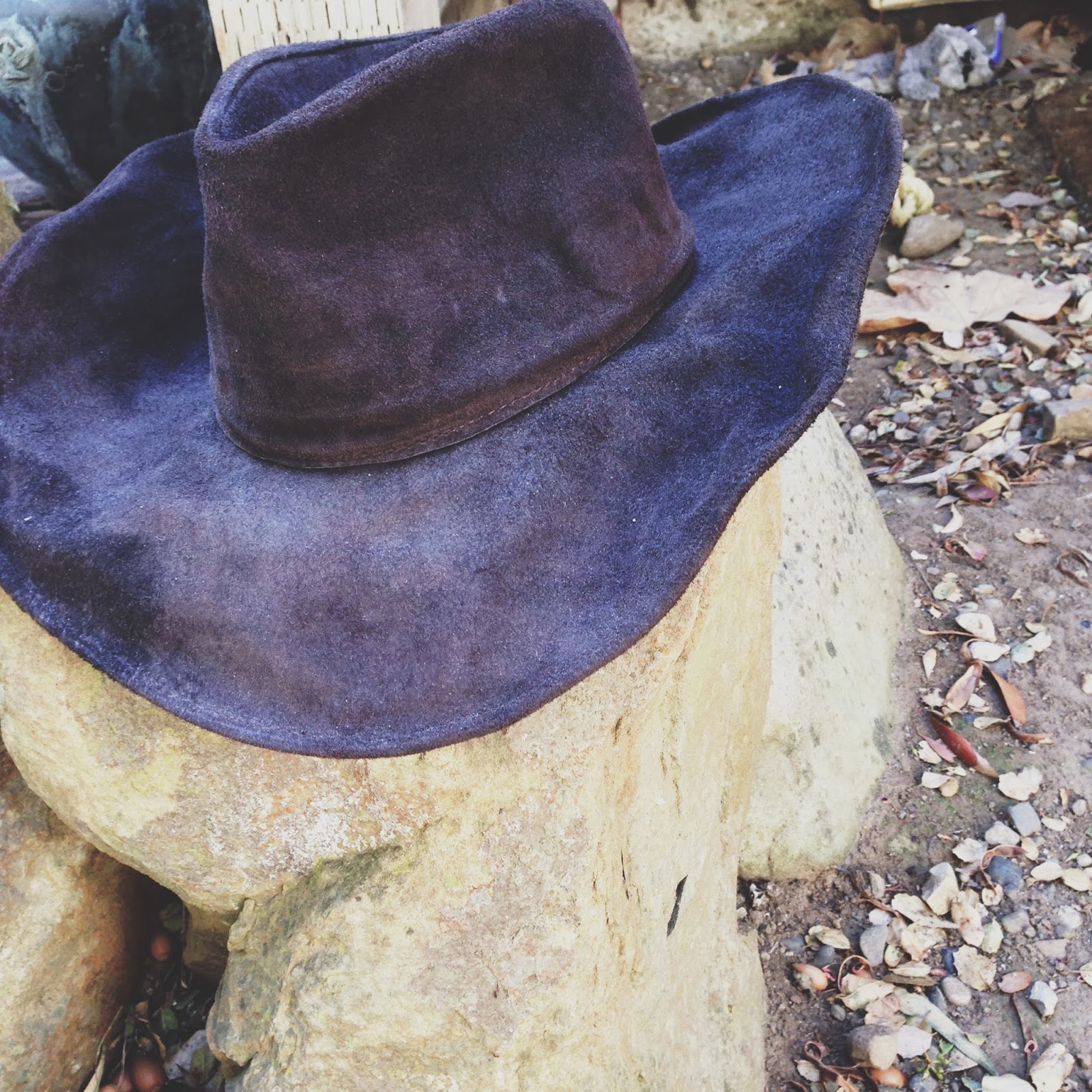 Charm oozes everywhere in these parts...

We planned to stop in on the miniature horses in Santa Ynez but overshot closing time by a few minutes. Happy to have an excuse to go back sooner than later.

We hopped in the car mid-morning and headed to LA. The kids were craving their old spinach souffle from Reddi Chick at the Brentwood Country Mart, so that's where we beelined for bites, taking up the usual picnic tables outside. (I'm pretty sure Gwyneth Paltrow likes The Mart as much as I do because I've seen her there the last couple of times I've been.) And, of course, a stroll through Farm Shop is a must, even just to grab a cup of coffee...


After lunch we headed over to Abbot Kinney for a little strolling around, Venice-style. First stop -- Local 1205 to say hi to my pal, Craig, who owns this gem of a foodie mecca. It boasts a fresh squeezed juice bar and deli walk-up, pizza oven, oyster bar, as well as a gourmet international food market place. I left with a few goodies, but next time, it'll be a straight shot here for the full sit down. 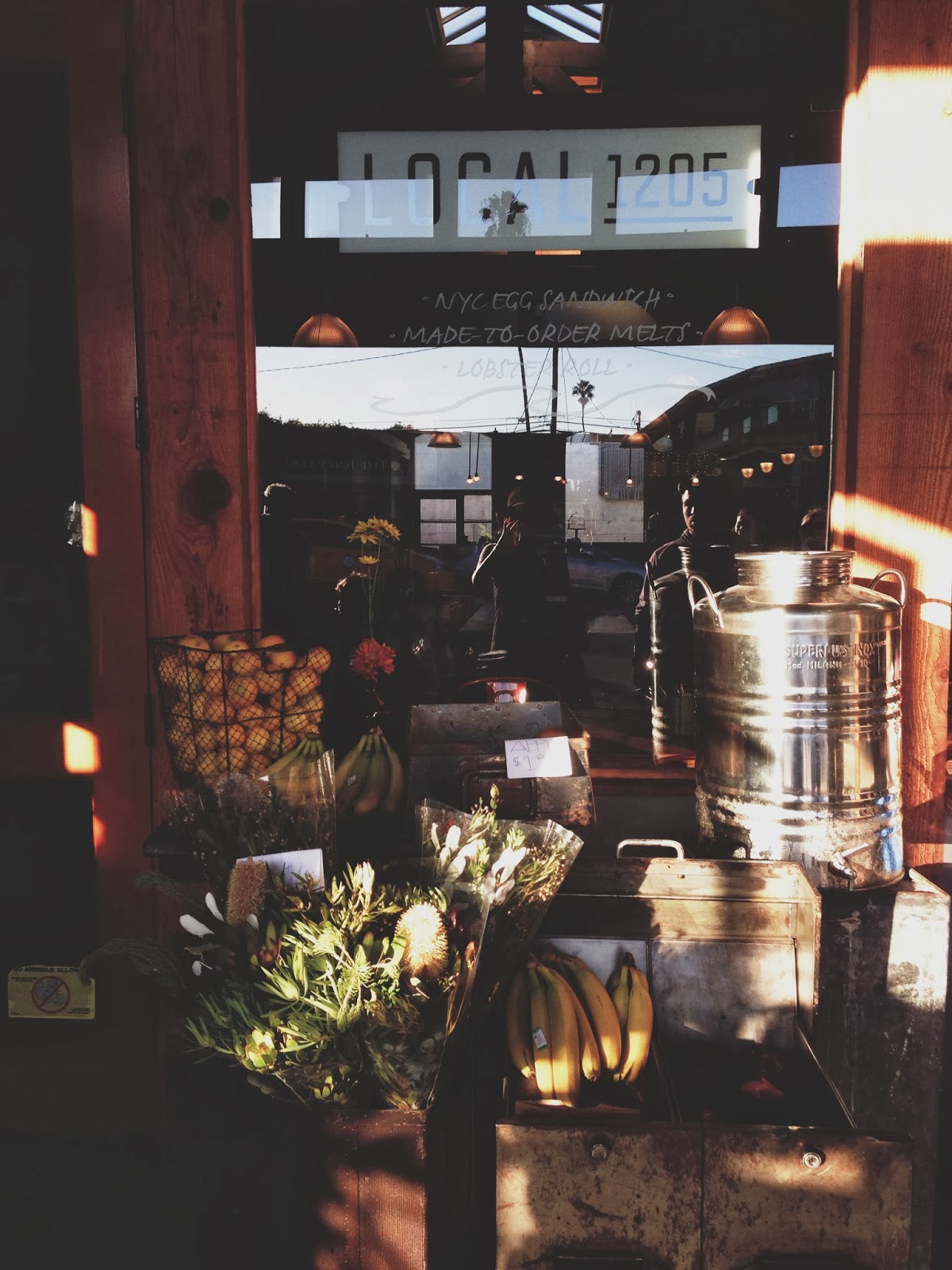 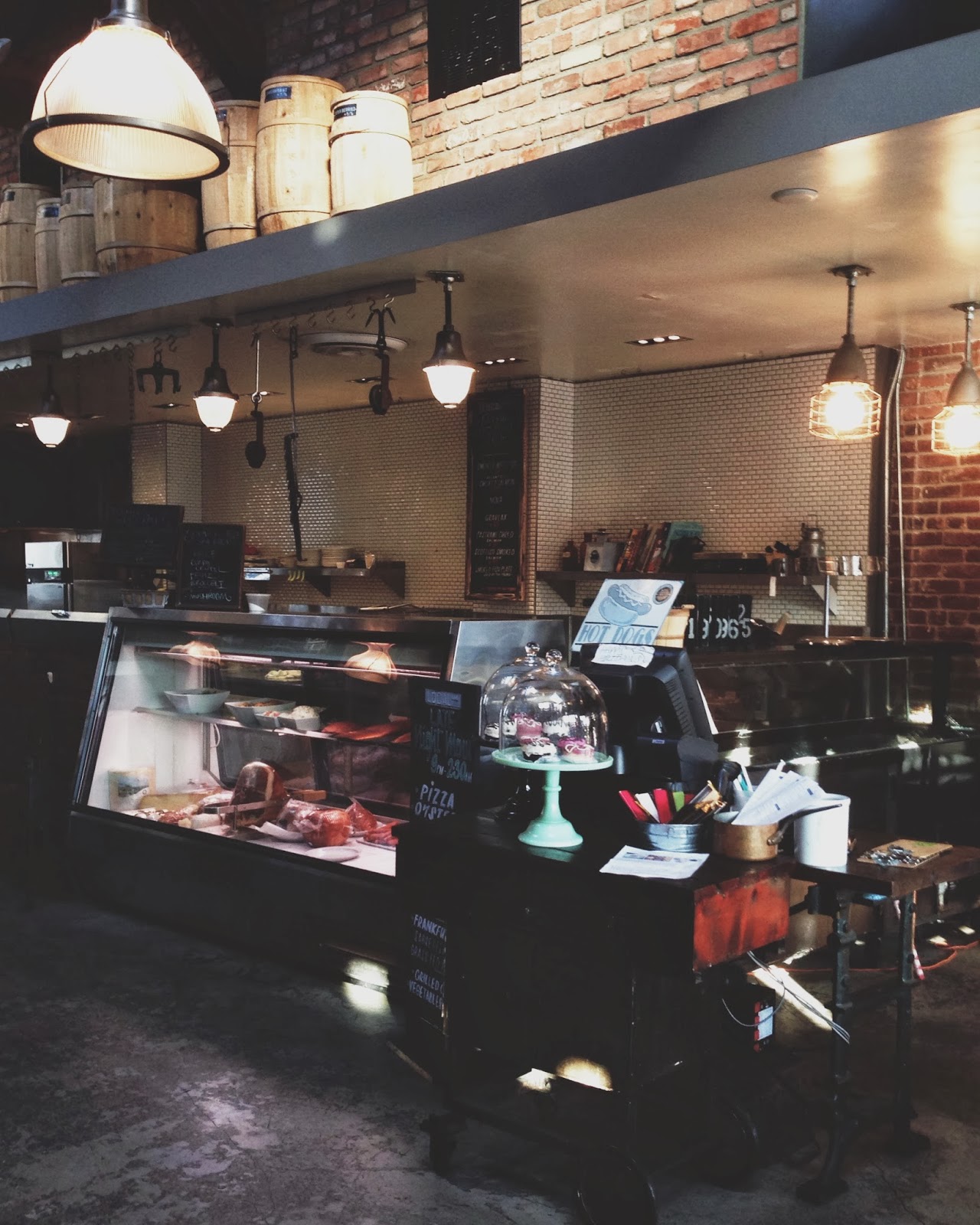 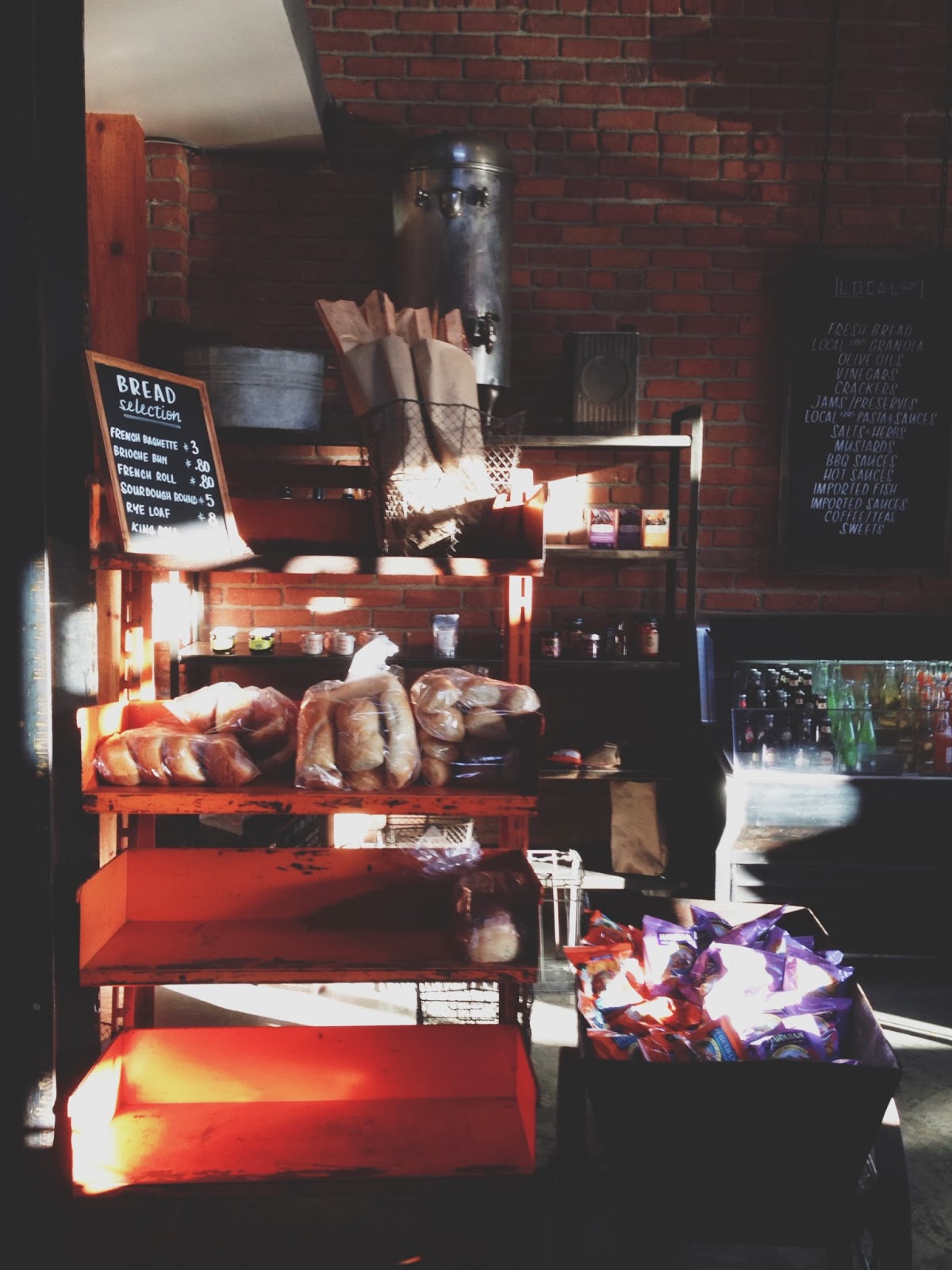 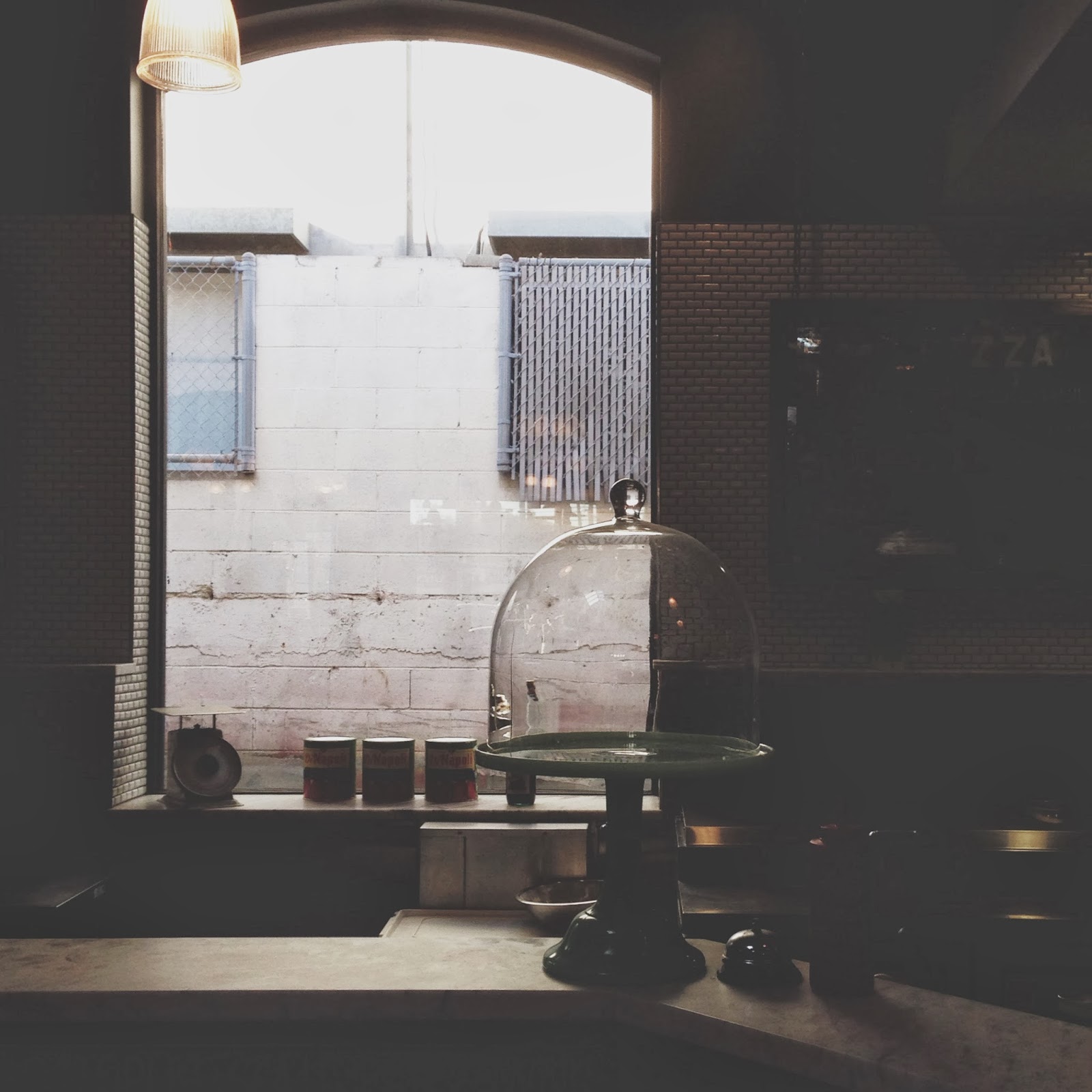 Local 1205 lives right next door to its sibling venue, Another Room, the LA offshoot of Craig's lovely line of bar/lounges that now has five locations. I'll never forget opening night at the original in NYC all those years ago. Well done, Craig!

We wandered in and out of boutiques like Fig Curated Living, and hit a couple of antique stores...

We also made sure to go to this fabulous bookstore that you can get lost in. Not just lost in the 'get lost in a good book' kind of way -- but literally lost. It's huge, and goes on and on, one winding room after the other. I've never seen an opened planned book store quite like this one. It is delightful. 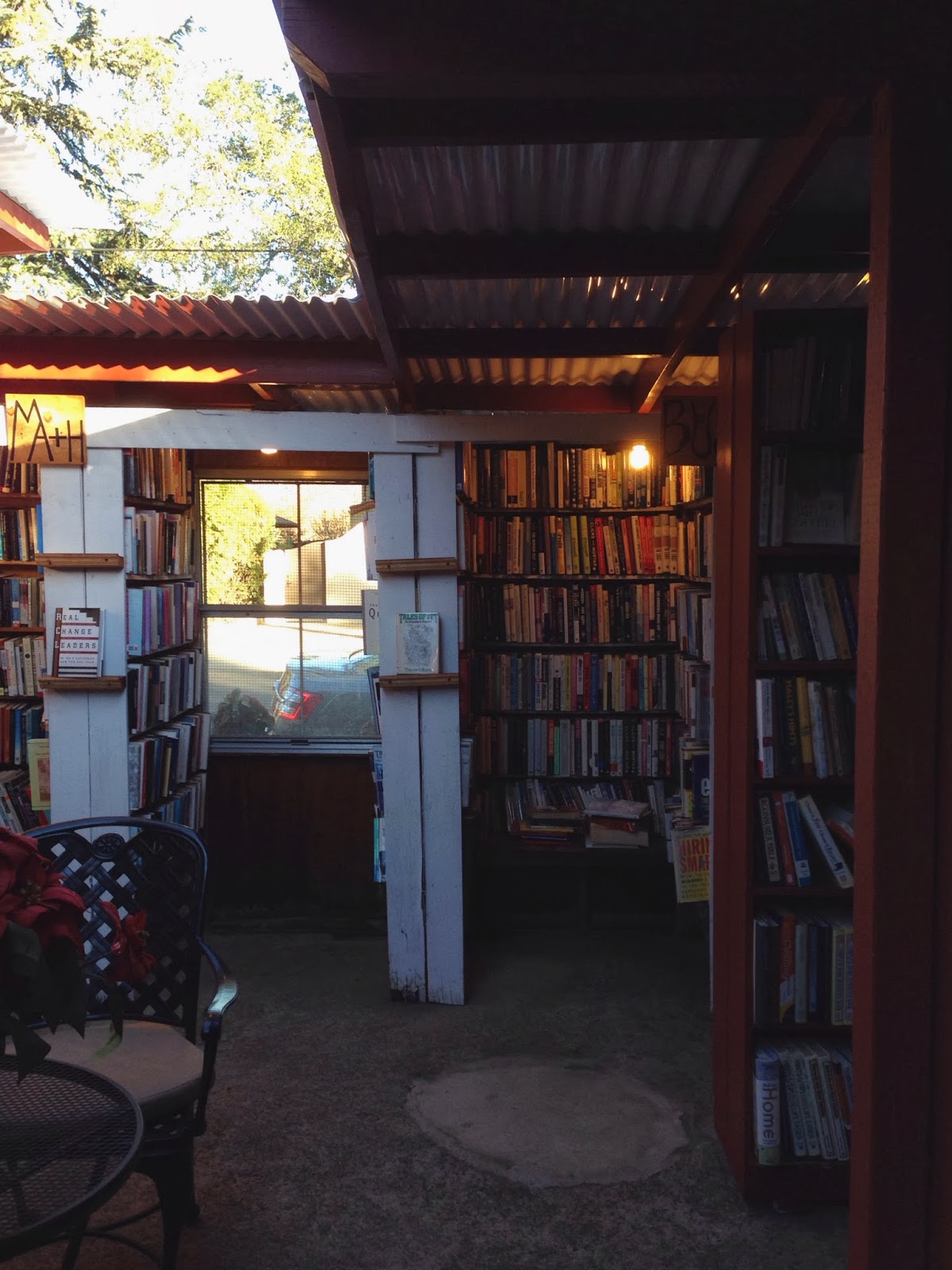 We nourished ourselves at this cafe after stumbling onto it while actually looking for a different place. It was light fare in the health food sense and heavy fare in the satisfaction sense. We'll make sure to go back to this one. 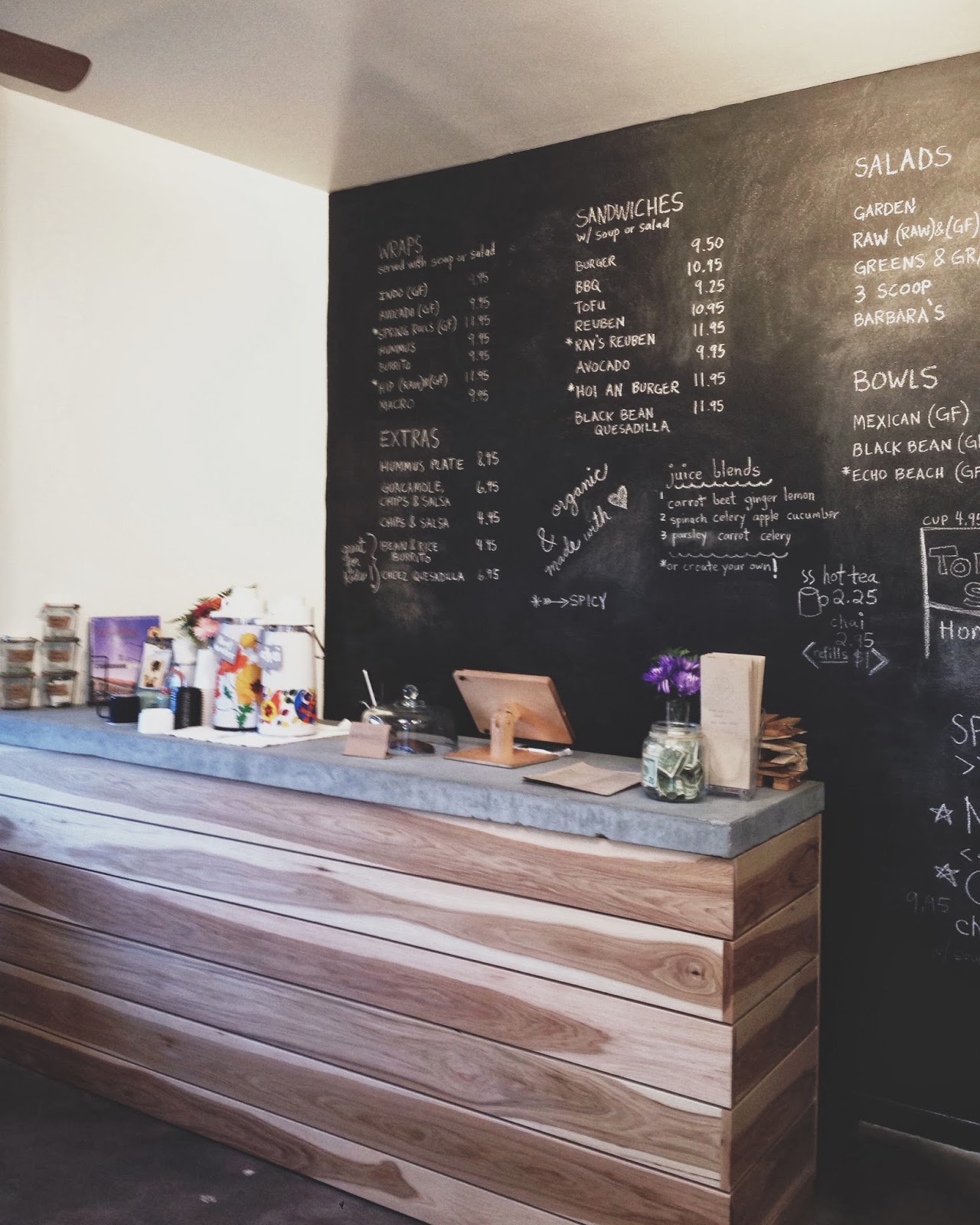 Loving this concept of daytripping aka the Daycation. Definitely keeping it in the repertoire... 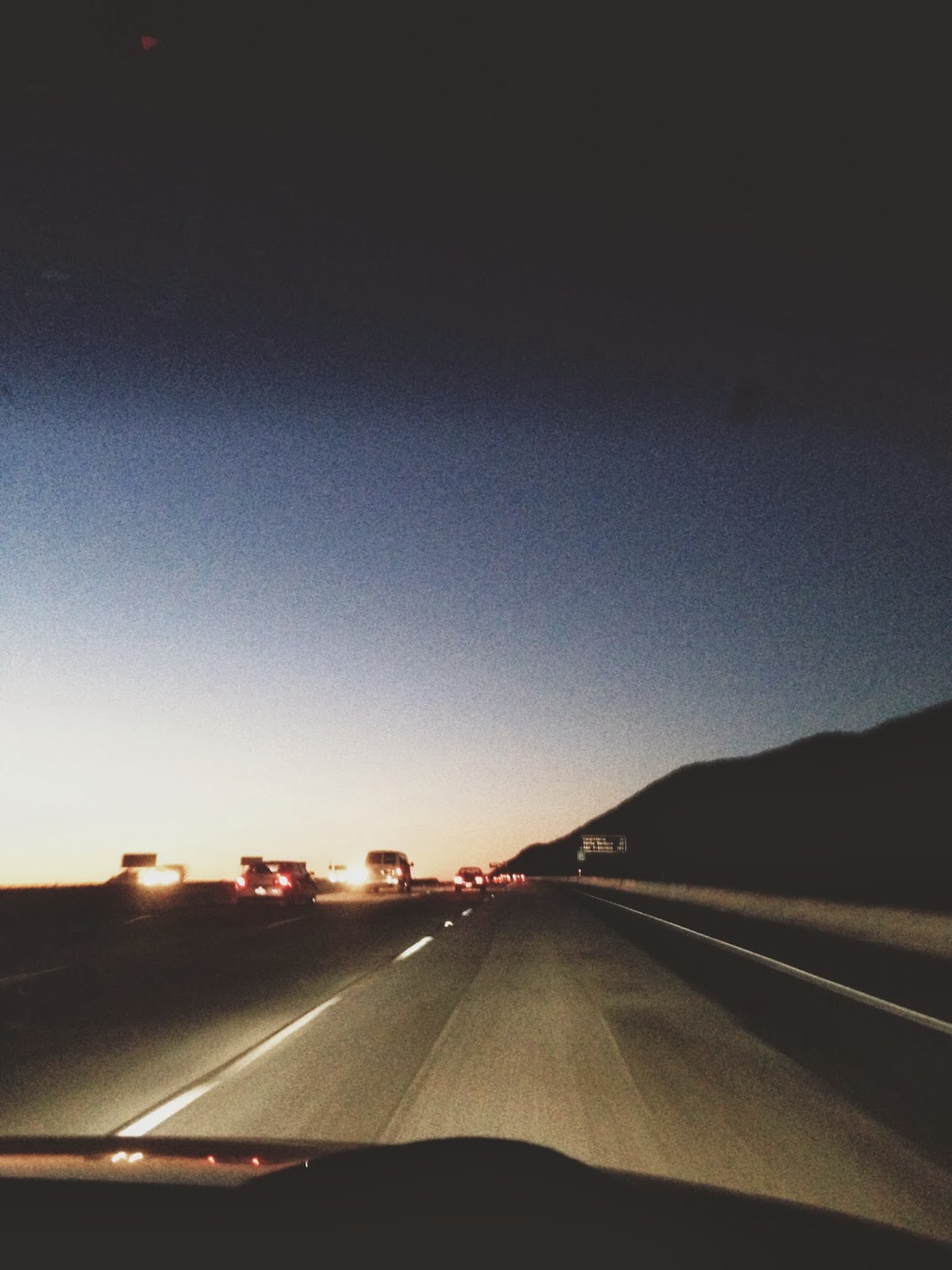 Email ThisBlogThis!Share to TwitterShare to FacebookShare to Pinterest
Labels: design, food, Out About, Out+About, personal, travel